The Atkins diet principles lay the foundation for a healthy, more balanced way of eating than the standard American diet. Its emphasis is on using good carbohydrates in balance with adequate protein. This is in stark contrast to what most Americans eat on a daily basis. The average American eats lots of processed foods that have hidden sugars and highly processed carbohydrates. This has put most Americans on the road to diabetes and pre-diabetic conditions. What is sad is that diabetes has a predictable set of stages and that they can be easily recognized.

We are able to more readily digest these foods as children, because our bodies function more efficiently in our youth. There may have been side effects, like weight gain and mood swings, but they didn’t stand out. As we age, however, these symptoms begin to grow and become more prevalent. The nation-wide obesity epidemic is a result of high-carbohydrate diets and unstable blood sugar levels.

Many people who are overweight are also insulin resistant. Insulin resistance means that the insulin is not doing its job in removing glucose from the blood stream. The pancreas gets over worked and it releases massive amounts of insulin, sometimes 20 times more than the body actually needs. This results in the blood sugar dropping to extremely low levels. This sets off a chain reaction in the body that leads to a release of adrenaline to correct the blood sugar problem.

With age, blood sugar and insulin difficulties become more aggravated. The condition is called “hyperinsulinism” and is a precursor for type II diabetes. It is normally accompanied by high blood pressure and high triglycerides.

After years of using a high-carbohydrate diet, you will finally become fully diabetic. Insulin is the body’s primary fat creator and extra pounds usually accompany late onset diabetes. Pre-diabetic conditions, if not treated effectively, will lead to diabetes indefinitely.

However, there are easily identifiable warning signs to diabetes that appear early. Your family doctor can perform insulin level tests that will let you know if you are at risk for pre-diabetic conditions, and studies show that low-carb diets like Atkins can help. Controlling your blood sugar is one of the most effective methods to controlling pre-diabetic conditions.

The Atkins diet helps effectively control blood sugar. The combination of proteins, fats and good carbohydrates will keep your body satisfied without the roller coaster effect. Controlling carbohydrates in quantity as well as type will help limit the insulin spikes. This will let your pancreas work in the way that it was meant to be, and it will decrease the likelihood of your developing pre-diabetic conditions. It’s a vicious cycle that, if left unchecked, can lead to diabetes later in life. When the Atkins diet is followed effectively it produces stable blood sugar throughout the day and helps you stay off the road to diabetes.

Some currently popular eating plans like The Perricone Prescription, A Week in the Zone and The Protein Power Lifeplan recommend low glycemic foods. 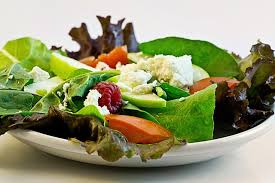 To explain how dangerous this is, Dr, Perricone points out that diabetics with poorly controlled blood sugar age one third faster than nondiabetics and are prone to kidney failure, blindness, heart attack and stroke.

So insulin comes to the rescue to clear the excess sugar from the bloodstream. And what do you suppose the insulin does with all this sugar? It stores it as fat. And worse yet, until the insulin sweeps up the excess sugar, it runs rampant throughout the body causing glycation and cross-linking of the body’s collagen.

The effect is visible on the skin, which becomes leathery and inflexible as we age. Though it can’t be seen, the same damage is taking place inside the body where it affects other vital organs including the kidneys, lungs and brain.

So far, so good. Nutritionists have recommended that people cut their consumption of sugar for decades. The surprise when one ranks sugars and carbs by their glycemic index, is that some foods we normally think of as healthy show up as being bad for you.

The glycemic index is a ranking from 1 to 100, with 100 indicating the increase in blood sugar from eating table sugar (or white bread in one scale). Whichever scale is used, the important thing is a rank ordering of a food’s effect on blood sugar.

The low glycemic food diets mentioned above have different cut off points. For example, Dr. Perricone’s 28-day program prohibits any foods that score above 50 on the glycemic scale. That leaves out such things as bananas, bagels, carrots, corn, potatoes, rice and watermelon.

You can read more about the glycemic index (GI) and view the whole table http://www.mendosa.com/gi.htm here. This site is authored by David Mendoza, a freelance medical writer and consultant specializing in diabetes. The site is a gold mine of information.

Mr. Mendoza points out that a food’s glycemic index tells you how rapidly a particular carb turns into sugar, but not how much of that carbohydrate is in a serving. In other words, it’s not just the quality of the carb, but also the quantity, that counts.
The version of glycemic index on his site (courtesy of Professor Jennie-Brand Miller of the University of Sydney) includes a column called glycemic load (GL) as well as a column of serving size in grams. A glycemic load of 20 or more is considered high; 11 to 19 is medium; and 10 or less is low.

If you decide to concentrate on low-glycemic foods, I recommend you focus on a food’s glycemic load. Just be careful to adhere to the indicated serving sizes (or adjust the calculation accordingly), GL is a better measure of how much sugar in total is being poured into the bloodstream and the amount of sugar that will be stored as fat.

This article is for informational purposes only. It does not purport to offer medical advice.